Eligibility for a UK Passport 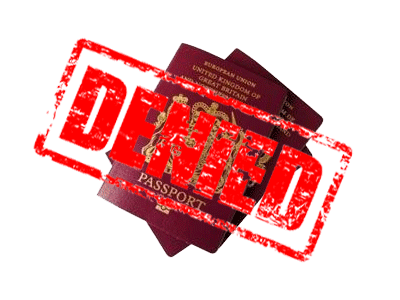 Having British citizenship or nationality, whether through country of birth or parental eligibility does not actually guarantee you a passport – nor does it guarantee your right to continue to have a passport once one has been issued.

The criteria for citizenship has been subject to change over the years and depends on date of birth as well as other factors.

From 01/01/1983 on things become more somewhat more complicated and being born in the UK after that time does not automatically grant UK citizenship.

You are considered to be a British citizen on if you were a citizen of the UK and Colonies and you had the ‘right of abode’ in Britain. This is defined as being free from UK Immigration Control and not requiring permission from a UK Immigration Officer to enter Britain, and being allowed to live and be employed in the UK without any restriction.

People who this applies to include:

In the majority of cases you will be considered to be a British citizen if your mother or father was born or ‘naturalised’ in the UK, however if you were born before July 2006, your father’s British nationality will pass to you only if he was actually legally married to your mother at any time.

Other types of British Citizenship

The criteria governing these are equally as onerous as those above, however they only apply to special cases and we have included links to the UK Home Office pages defining these:
(links open in a new window)

Reasons for Denial or Withdrawal of a UK Passport

As mentioned above, having British nationality doesn’t guarantee you issue, renewal or retention of a UK passport. Situations where your passport application may be denied or your existing valid passport taken away from you include:

A child’s UK passport can also be cancelled or its renewal denied in circumstances where a court order prevents the child from leaving the country – such as in the case of custody battles where there is deemed to be a risk of one parent taking the child out of the country.

Applying for your first UK passport

If you are applying for a first UK passport then, as you would expect from an important document which essentially proves who you are, you are understandably expected to prove who you are and the process requires supporting documentary evidence and the testimony of a UK passport holder who is both eligible and prepared to confirm that your application is valid and proper.

A recent introduction to crack down on identity theft and fraudulent passport applications is that of requiring all first-time adult passport applicants to undergo an interview with a view to validating the information on the application form, the supporting documentation and questioning the individual applicant.

Typical interview questions will normally relate to the information that you have submitted on the application form, though the interviewer may ask further questions that will allow them to further validate your application if they are not entirely satisfied that you are who you say you are, or if you provide unconvincing responses to the questions that you are asked. The questions are designed to solicit answers containing information that someone seeking to steal your identity would not be able to answer. It also gives the interviewer the opportunity to ensure that the photos supplied with the application are of the applicant in front of them.

Typical question topics may include:

The application process for a British passport for a child does not require an interview. It requires full details of the parent making the application on their behalf and must also be countersigned in the same manner as an adult passport application.

All passport applications are subject to close scrutiny and will be rejected if they are incomplete, incorrect, inaccurate or the correct fee is not included. The Post Office offer an authorised service called Check and Send and this can make the application process considerably easier, especially if there are time pressures and a denied passport application would worsen these. The Check and Send service is a relatively inexpensive option and it allows an authorised member of Post Office staff to validate your application in terms of checking that your form is correctly completed, that the correct photos and supporting documentation is provided, and that the correct fee is paid. Using this service greatly reduces the likelihood of a passport application being rejected.